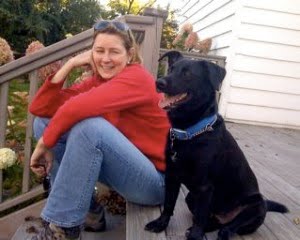 Remember the knitted tree-sleeves I posted about a couple of weeks ago? I just read about a group called the Fiber Artists of Southern Arizona that made quilted sleeves for their trees. They are exceedingly cool!
Check it out here.

Posted by Ginny at 1:33 PM 2 comments: Links to this post 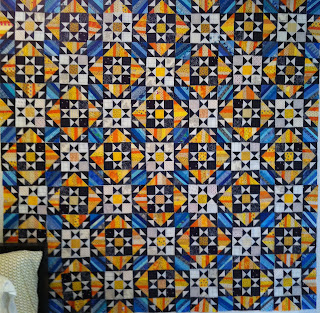 My Orca Bay quilt is still on my design wall, in pieces, but at least I think I have all of the pieces finished (except for the border, but hey, who's counting.)
I'm so impressed by the speed with which so many of the quilters who follow Bonnie's blog are getting this quilt finished!
Posted by Ginny at 6:52 PM 10 comments: Links to this post 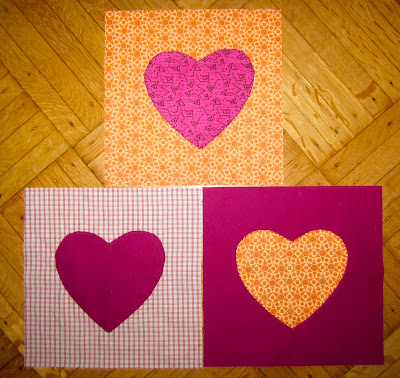 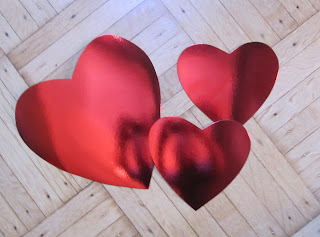 I made these 3 heart blocks for the February round of Block Lotto. I machine appliqued the hearts onto the background fabric, with the edges turned under as per the lotto instructions, and I found that the whole thing went very quickly! I guess they are pretty simple, right?

The problem arrose when I stupidly used the glossy cardboard heart I'd purchased as a base on which to iron back the seam allowance of the fabric heart . Of course, the cardboard was coated in a plastic film---see how shinny it is? It only took a second for the plastic to start to melt, letting off a nasty smell.

I realized it immediately and was able to save even that heart by removing the store-bought cardboard heart quickly. Then I traced it only a pice of regular cardboard (which I cut off the back of a pad of paper!) and used that one instead.  Phew! 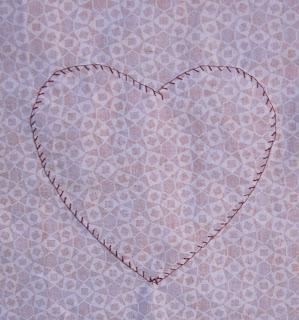 I shot this photo of the back of one of the heart blocks. I love the look of the wrong side of blocks that have been appliqued!

I was glad to have this little project to work on this morning to give me a break from my Orca Bay mystery quilt. I'm slogging away on it, and I thin I have almost all of the pieces that I'll need for the size I'm making assembled on my design wall, but I still have a lot of sewing to do. It's nowhere near done. The pieces are so tiny and there are SO many of them. (Am I whining? I'll stop!)

Maybe that's why I chose the simplest of simple ways to put together these heart blocks? Ha ha!
Posted by Ginny at 8:38 AM 1 comment: Links to this post

Ginny
I love collecting, cutting up and sewing together pieces of fabric, and checking out the local fabric shops is one of my favorite travel activities. I've been quilting for 15 years, have a dear husband, 3 wonderful sons, and I love my dog!